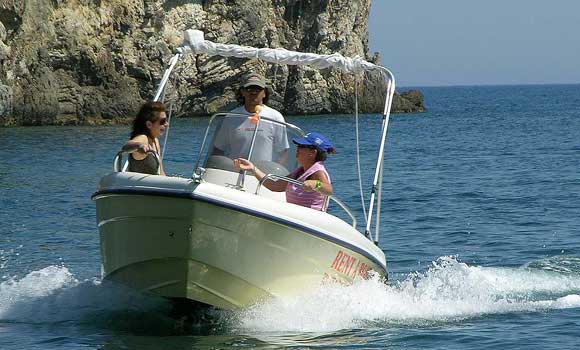 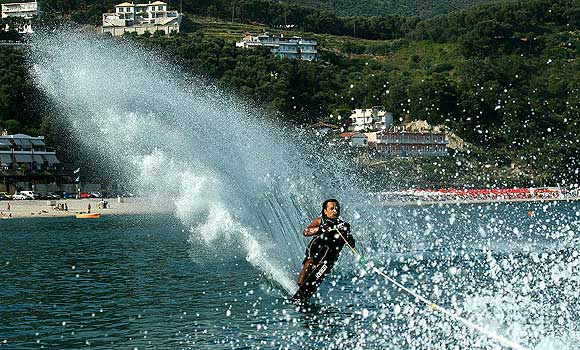 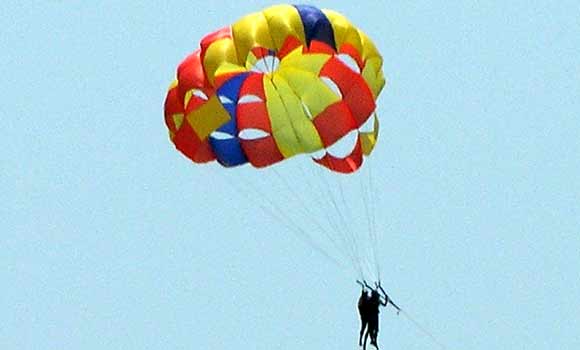 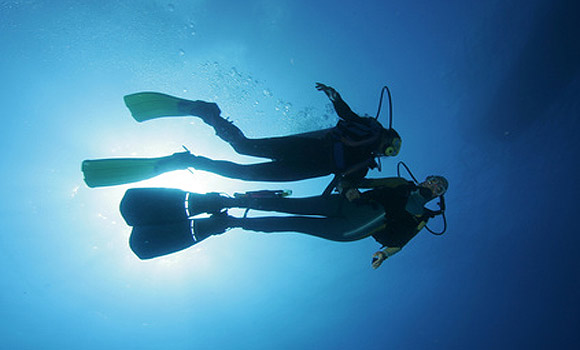 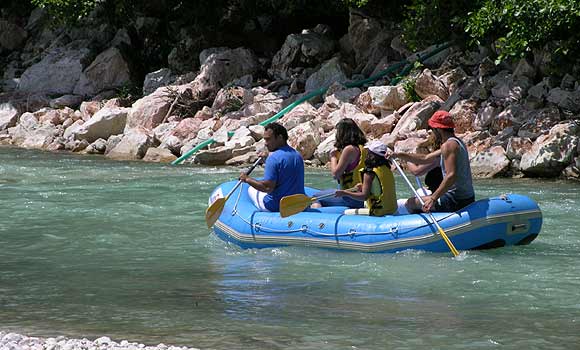 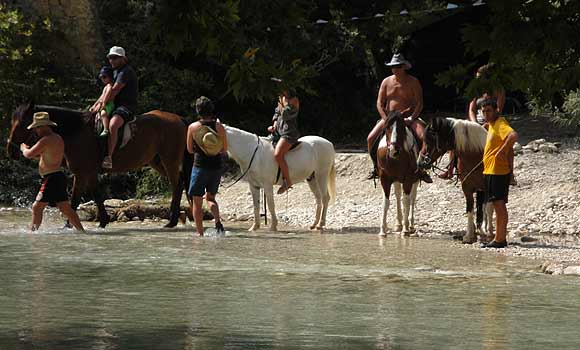 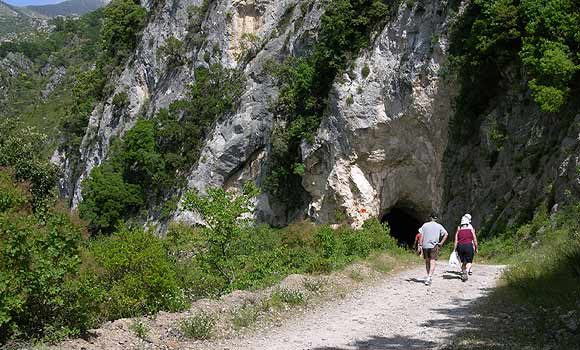 In and around Parga 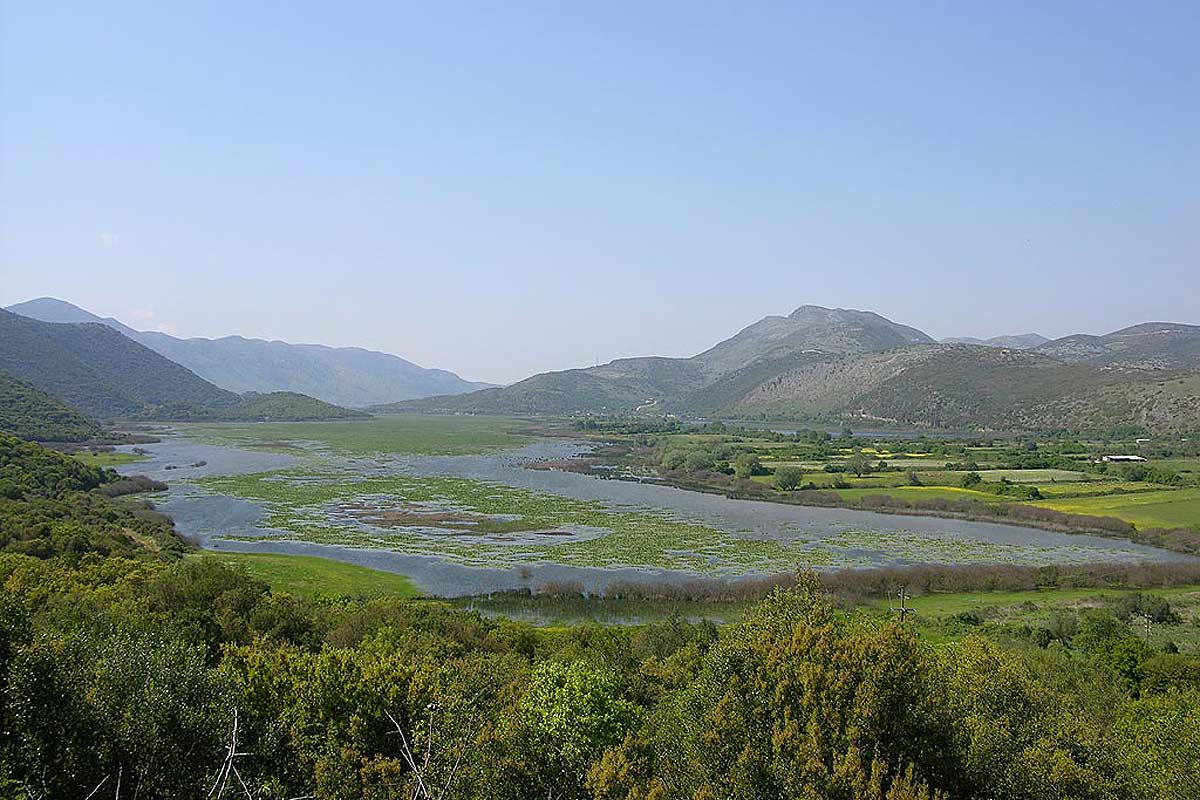 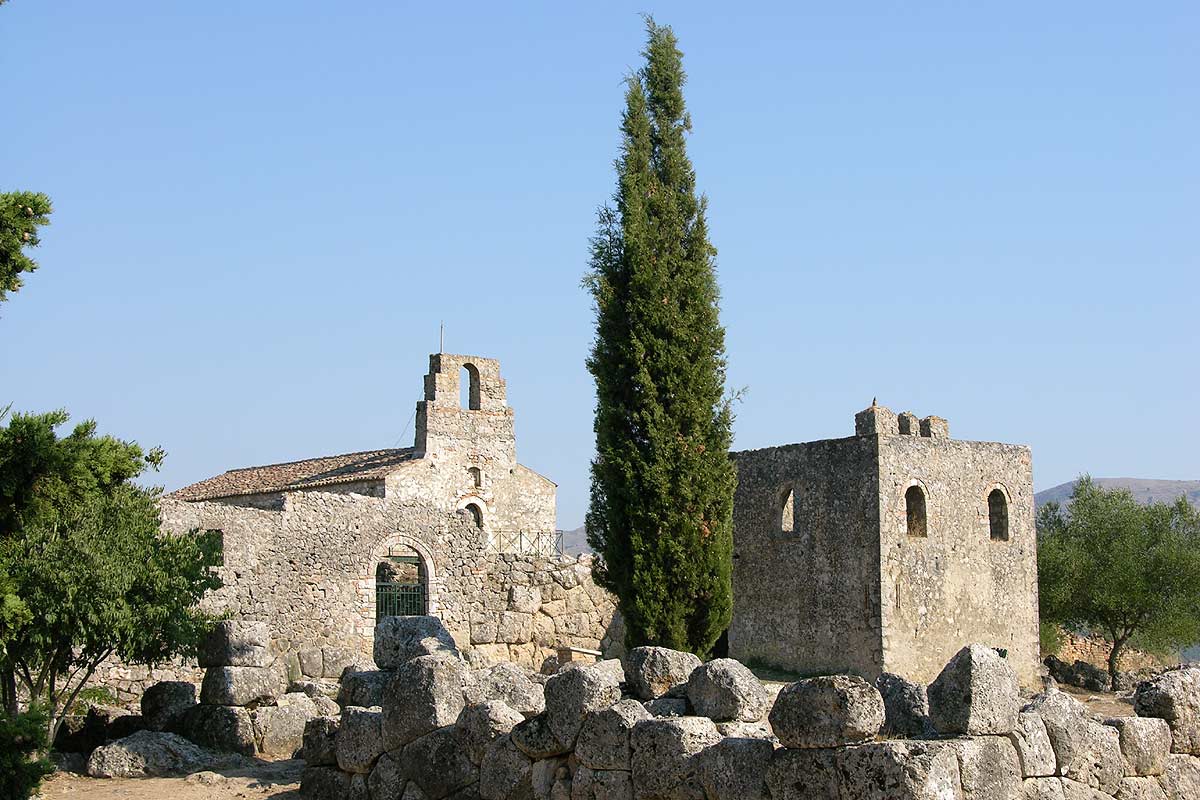 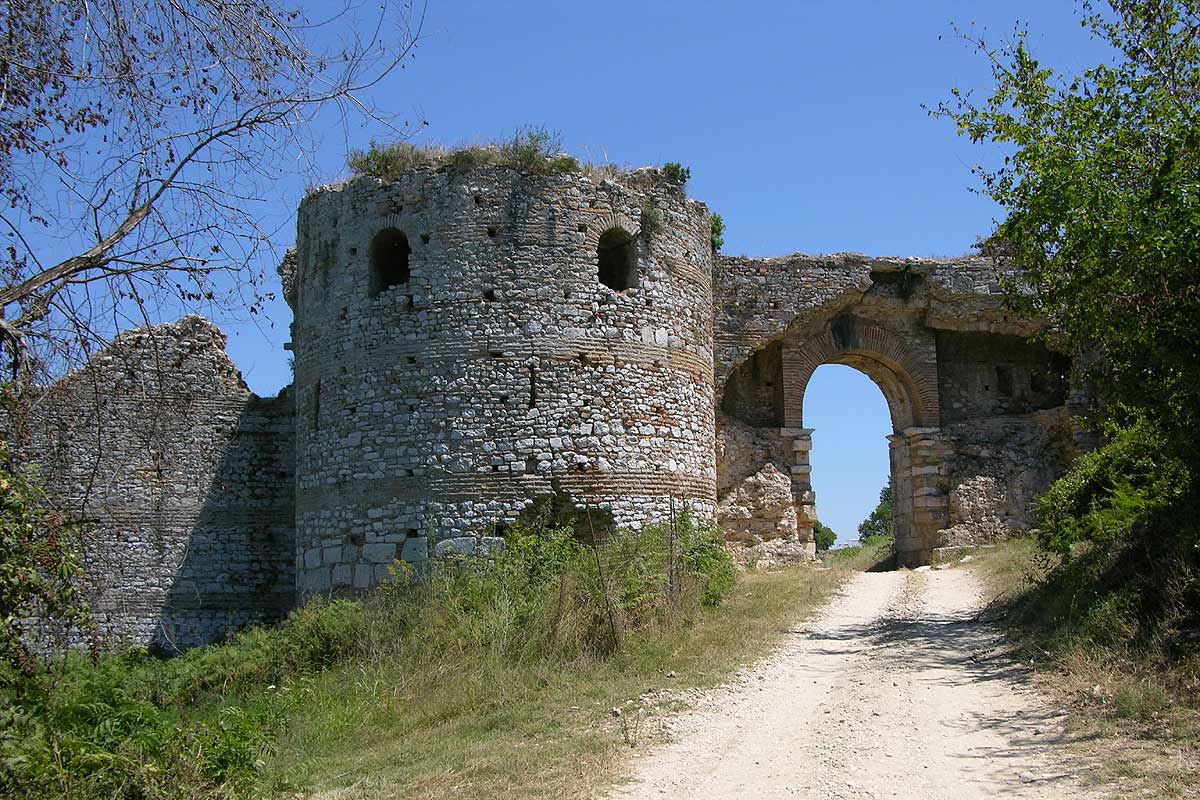 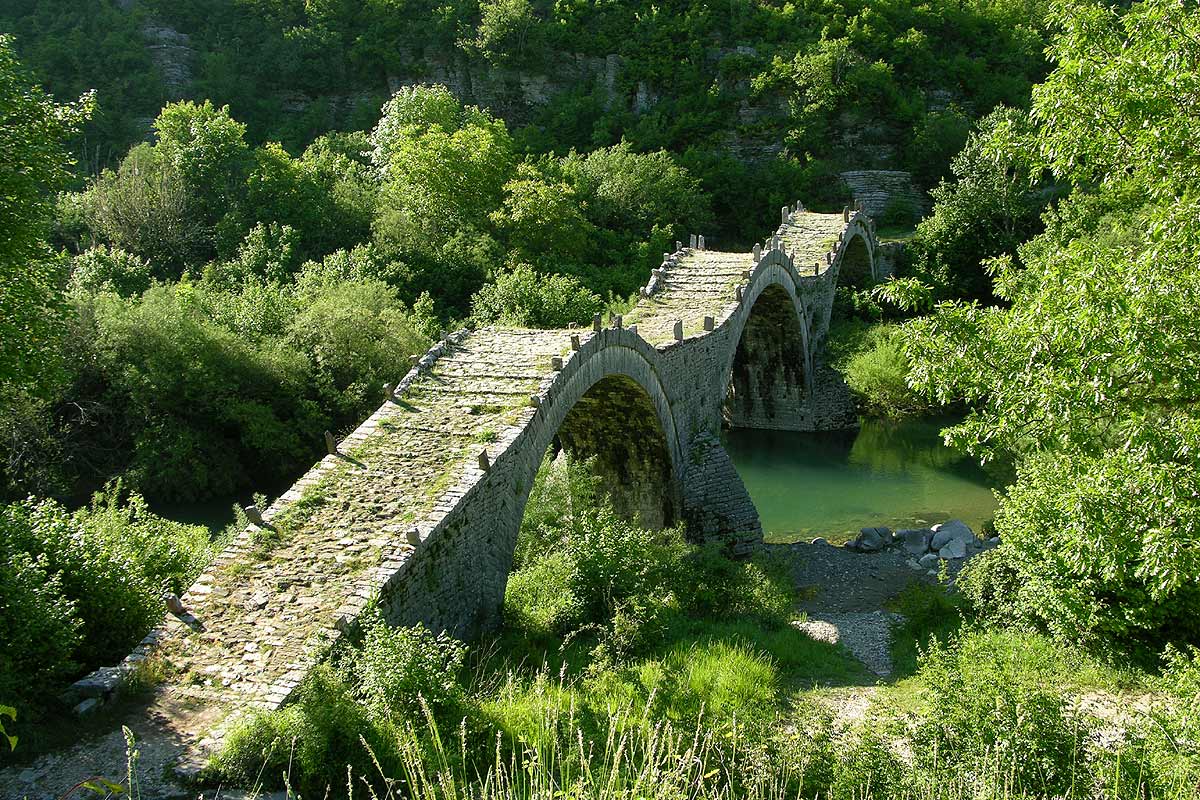 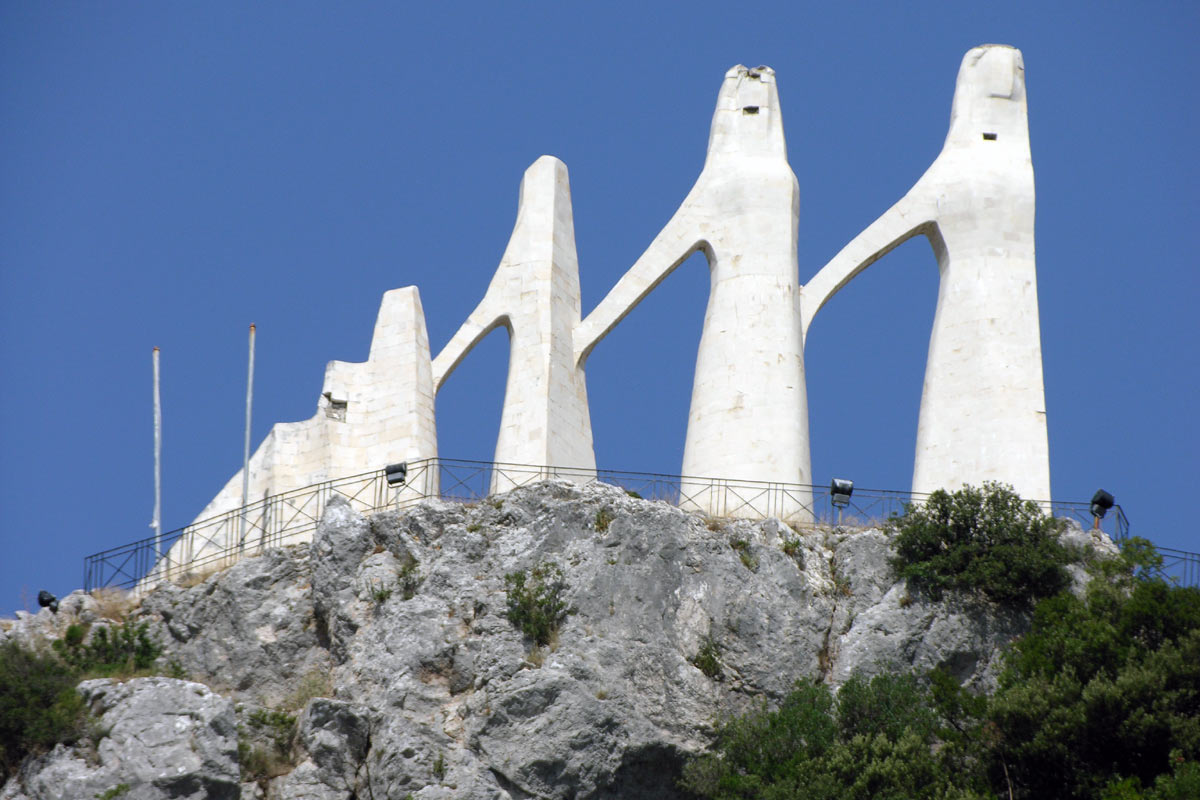 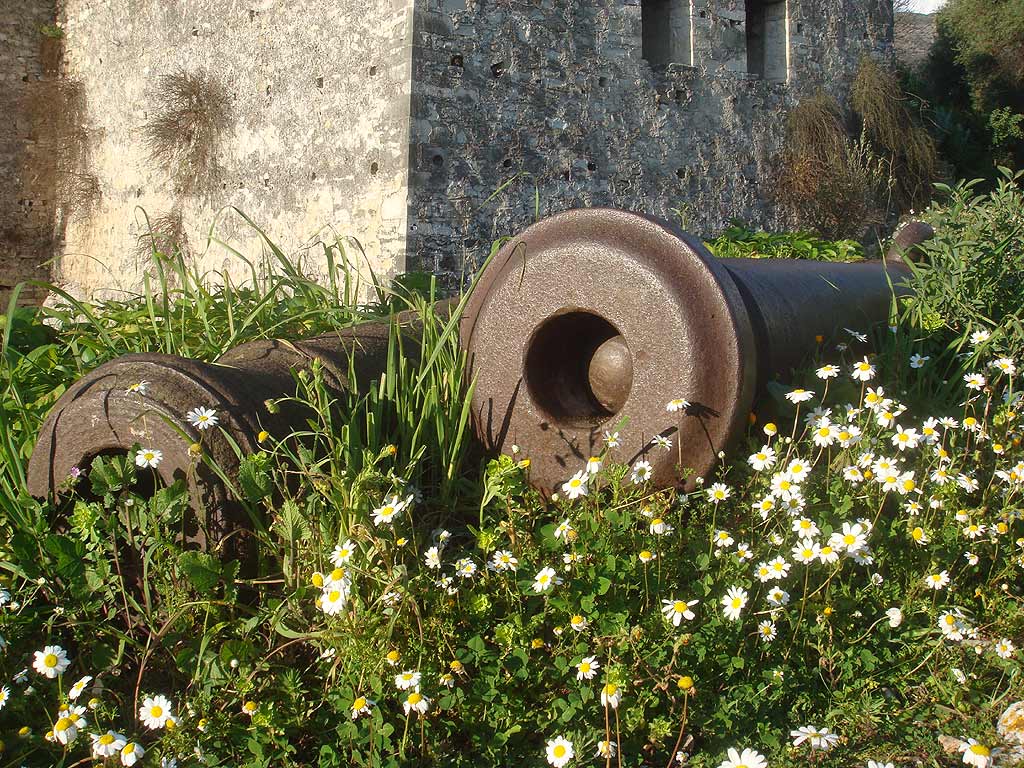 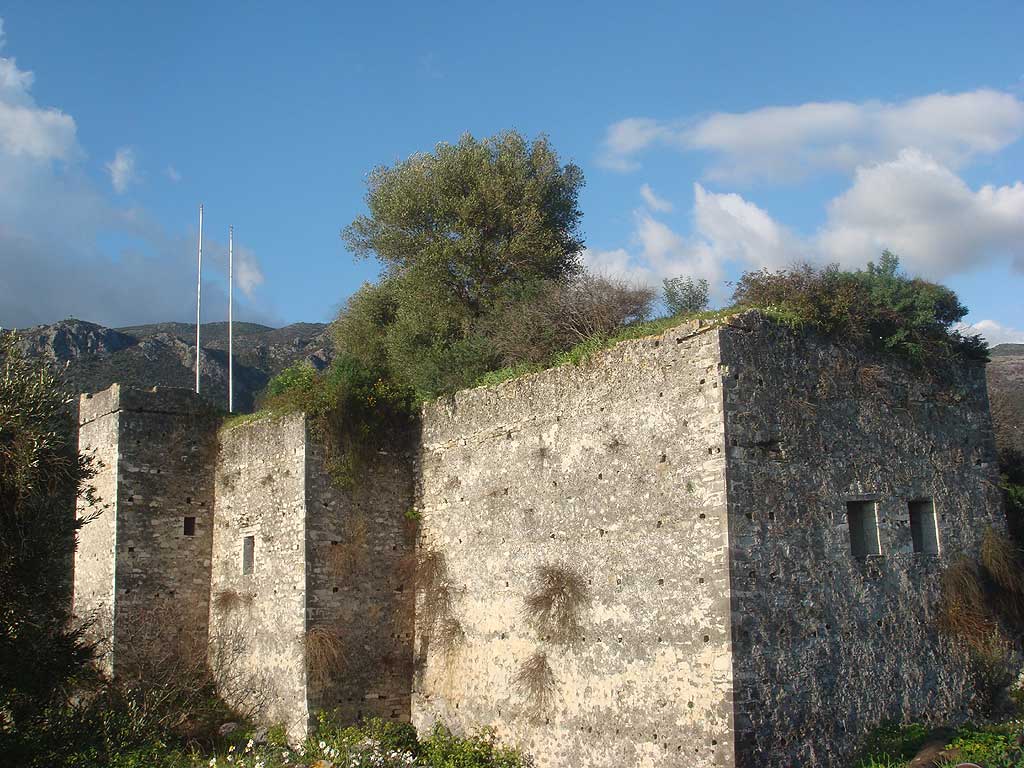 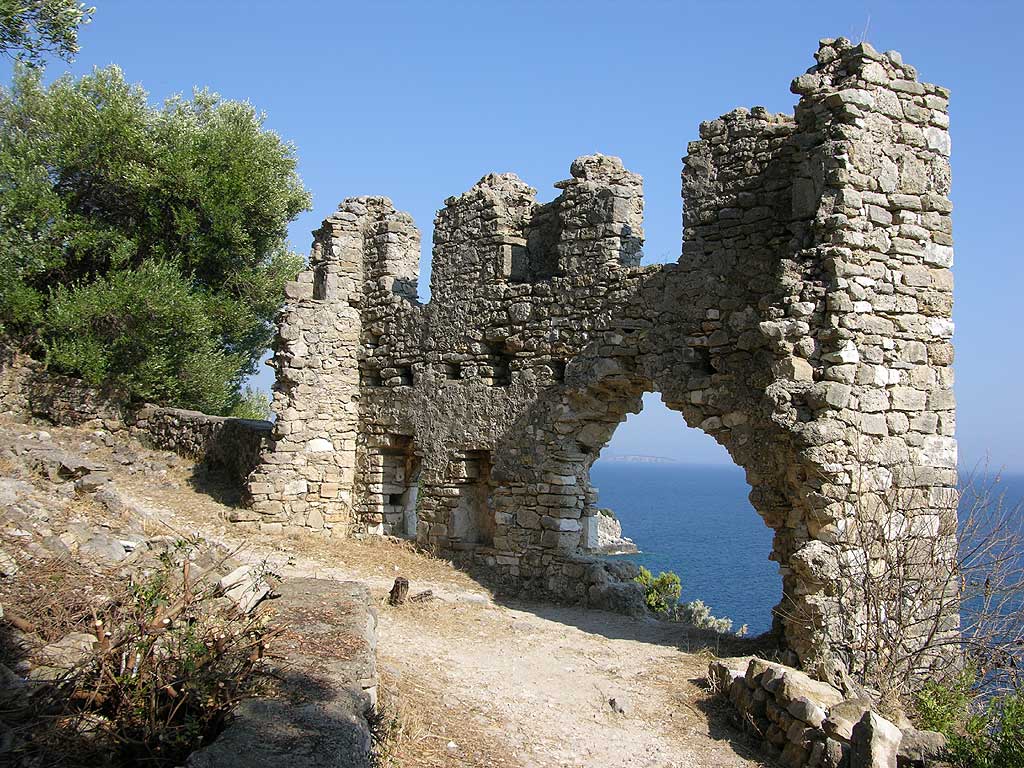 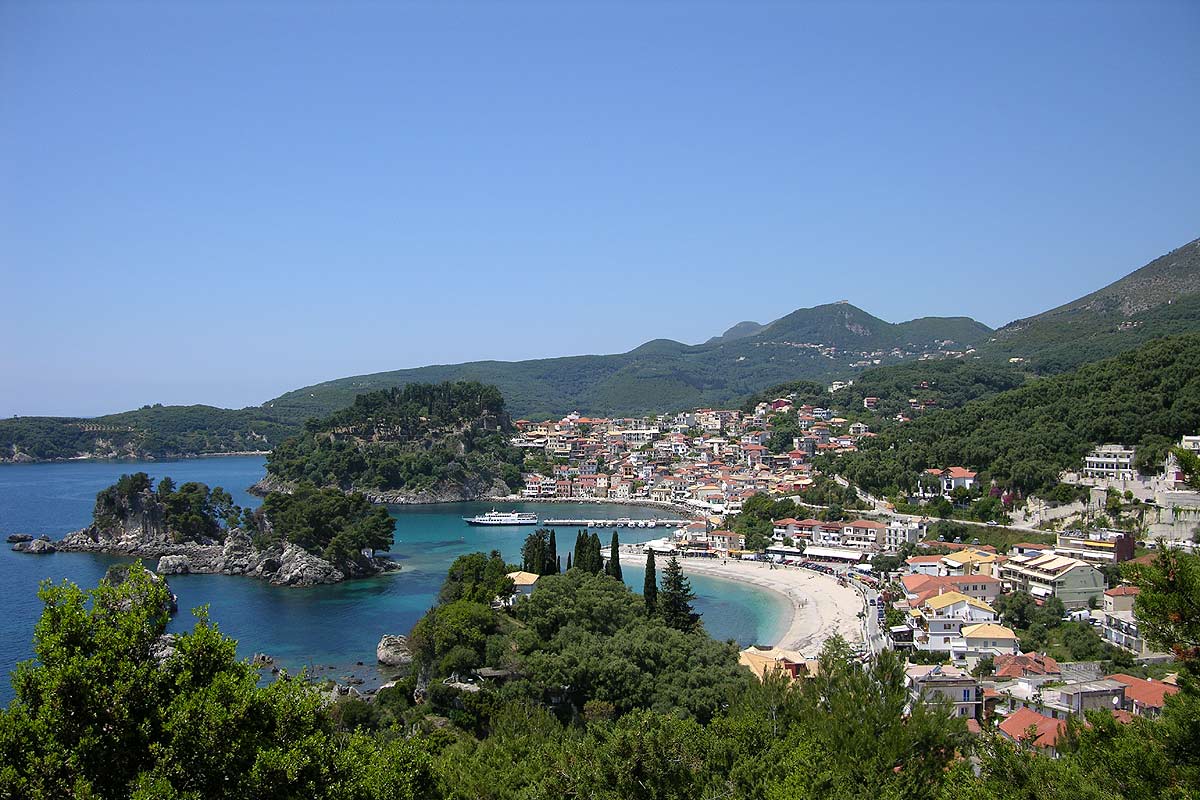 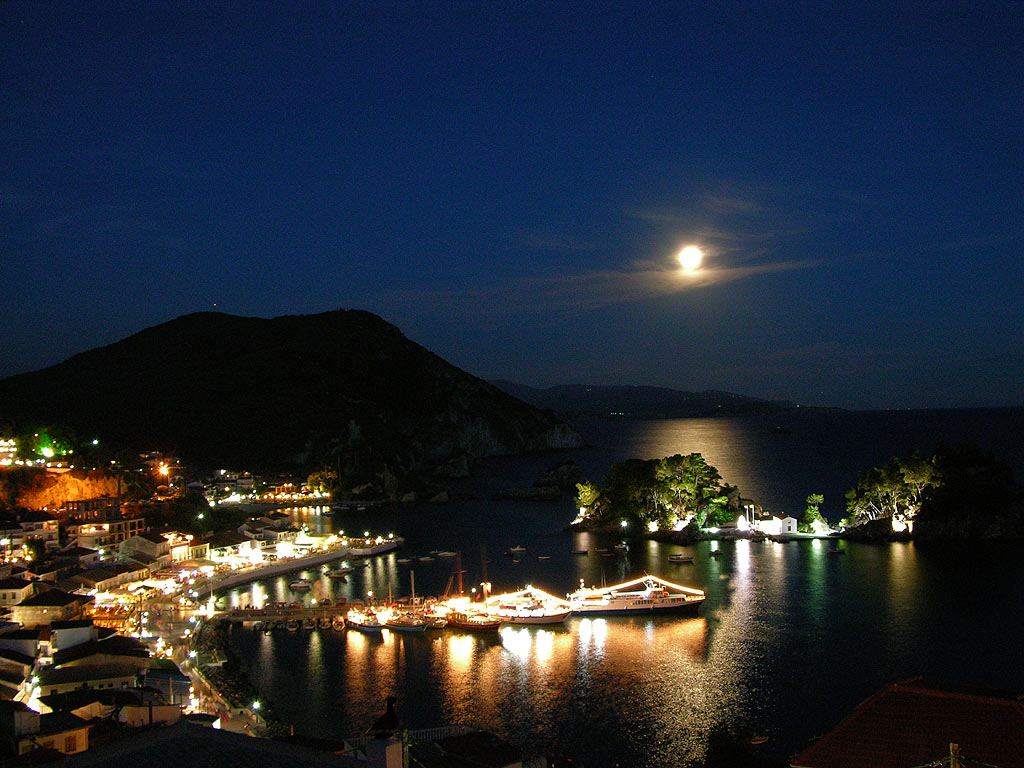 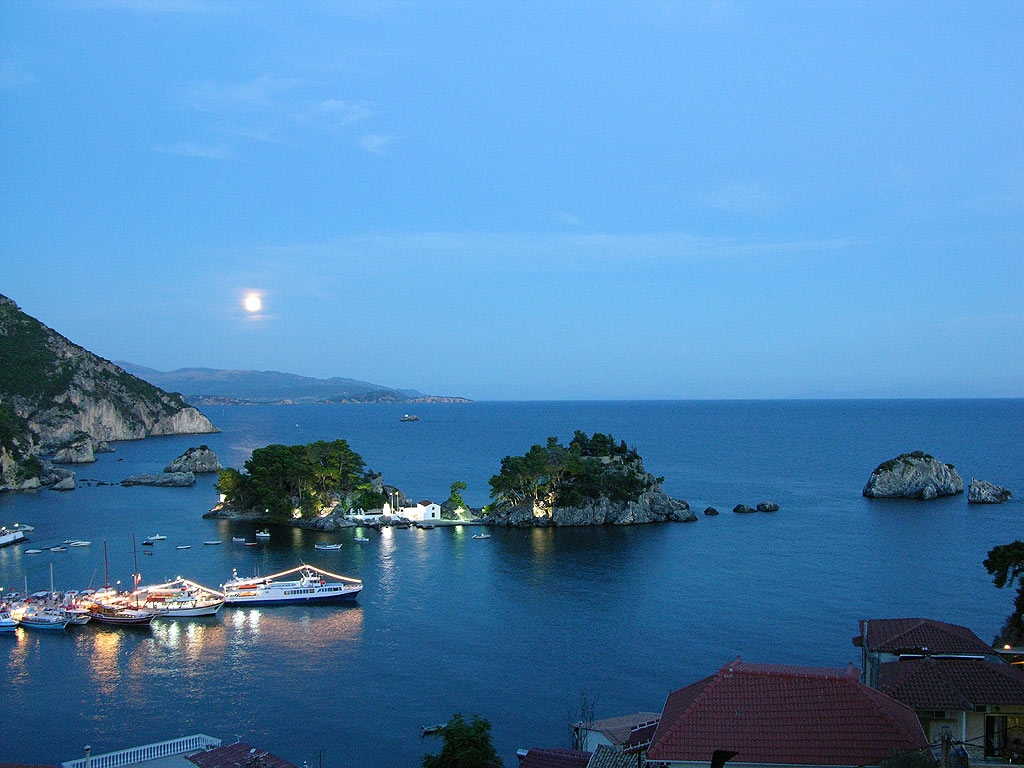 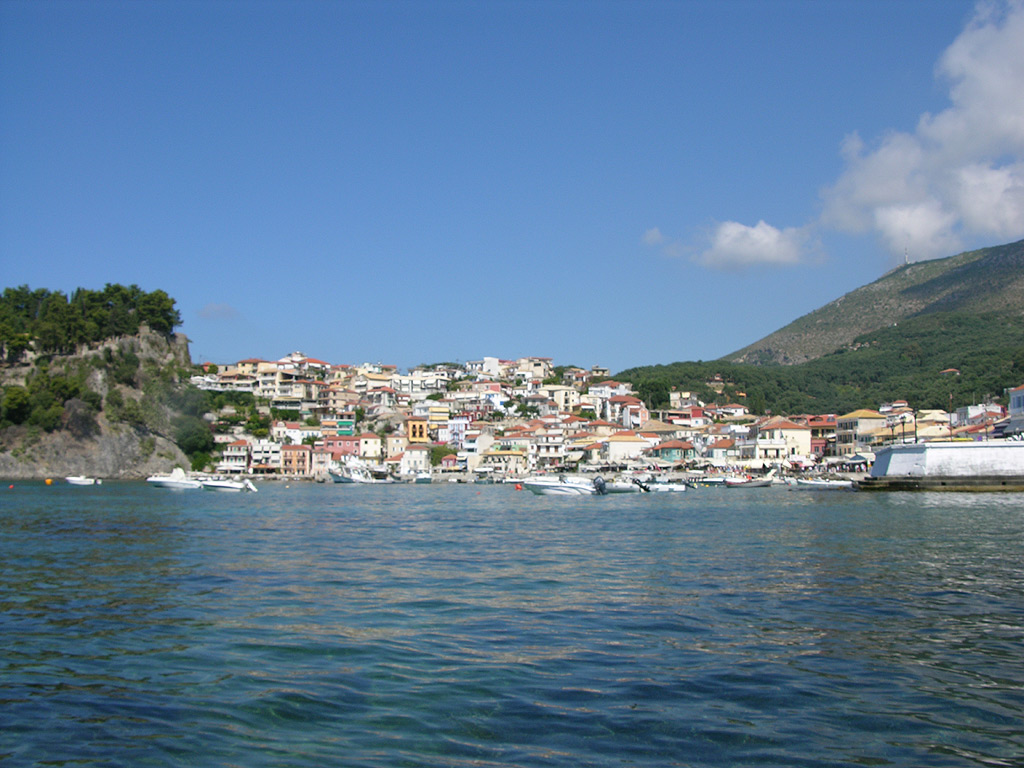 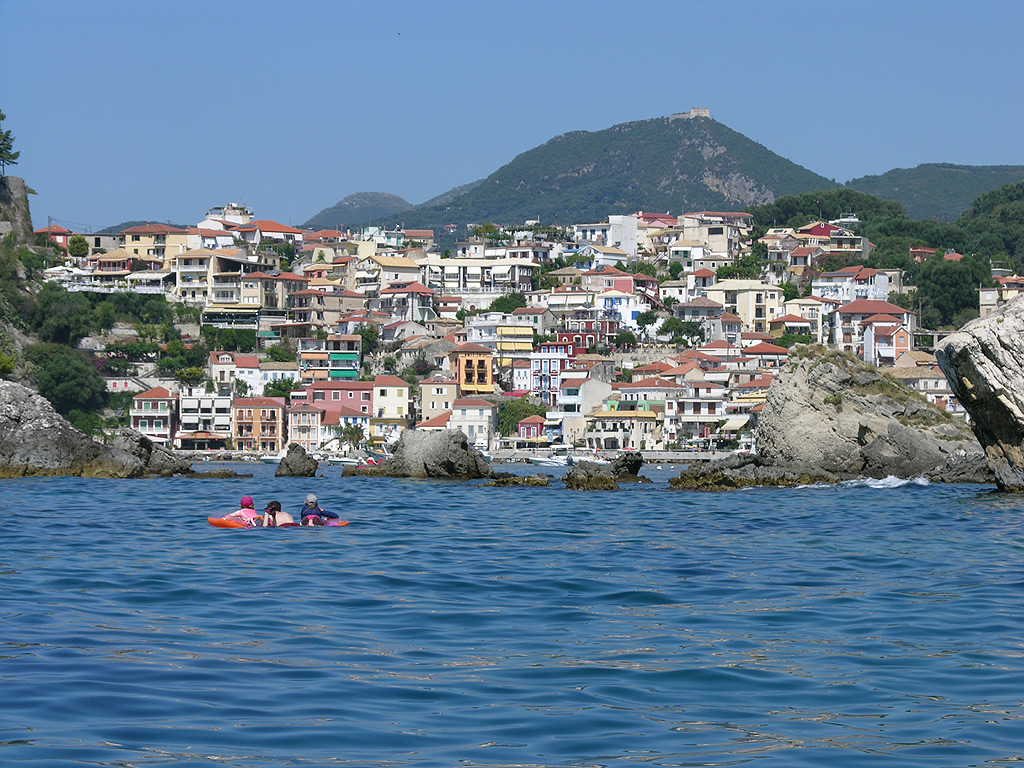 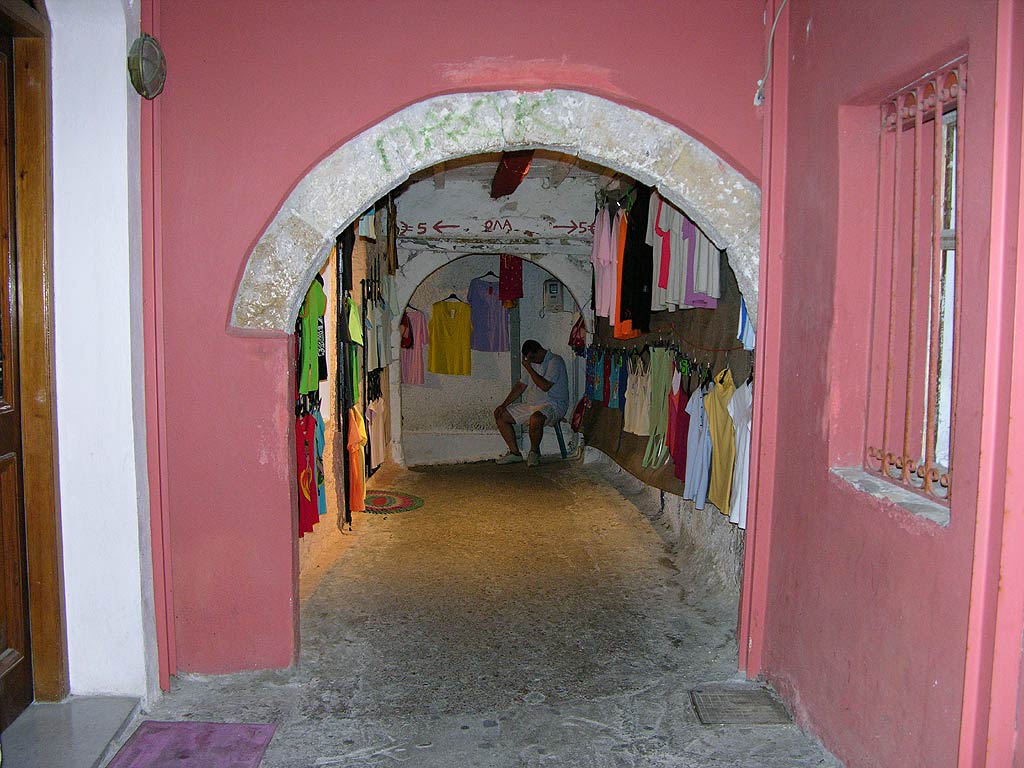 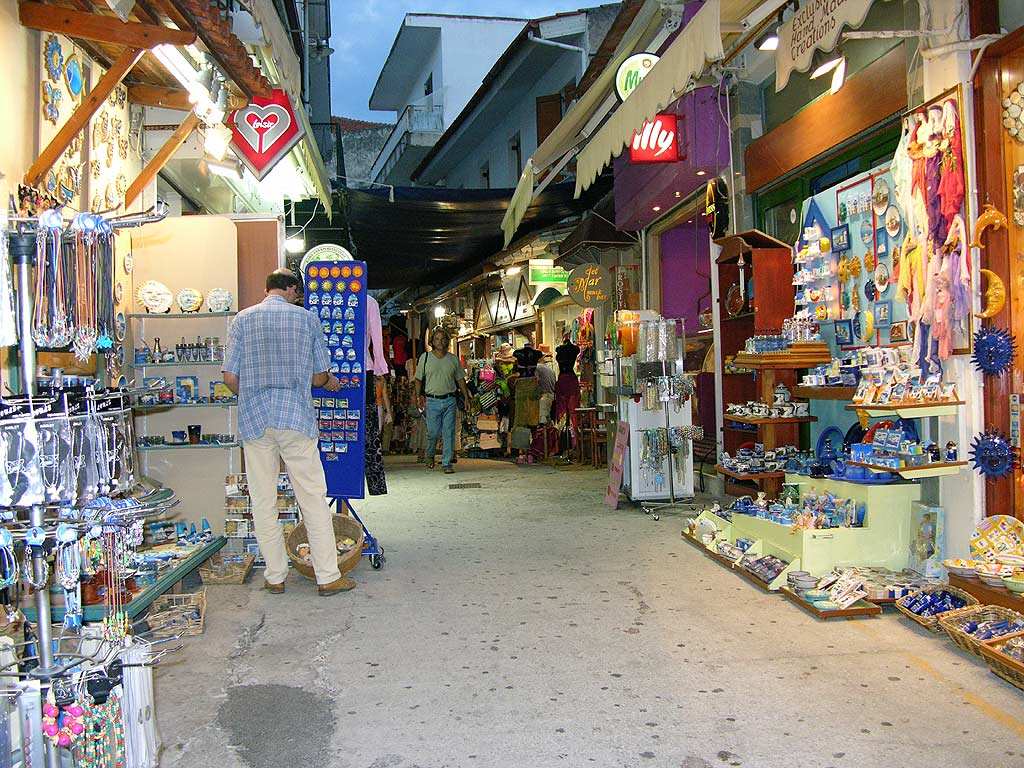 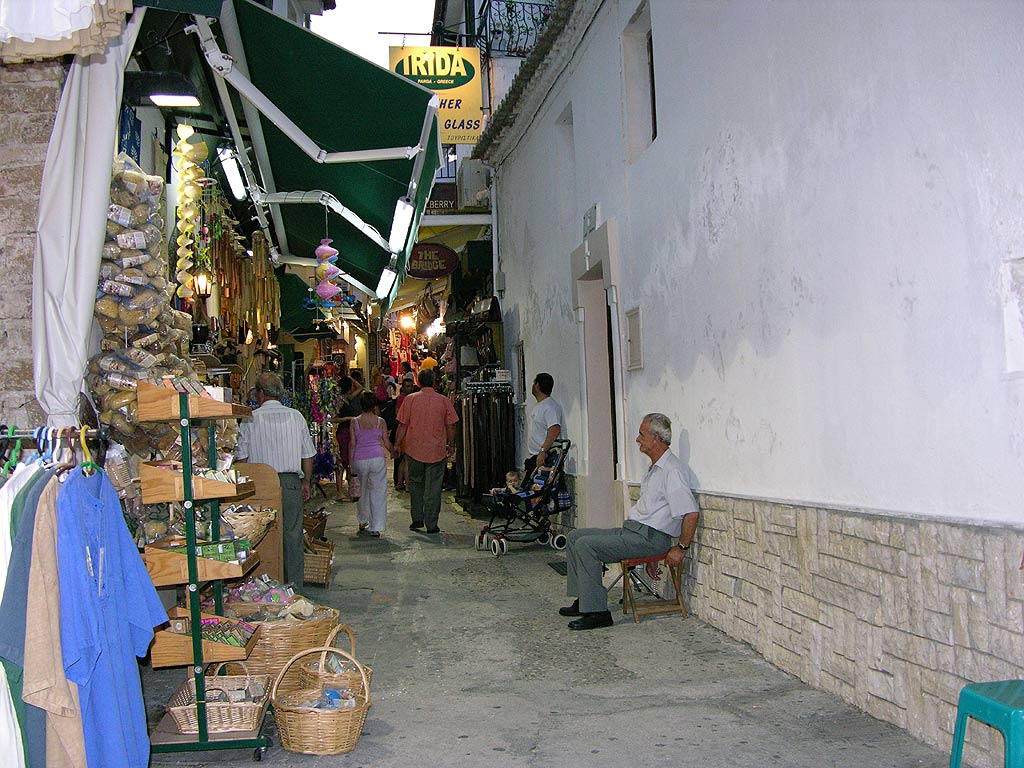 At the time of Plutarch and Ptolemy , Parga was called Toryni and was located on the site of what is today the Old City. In antiquity, under the name of Elaia, it served as a seaport for Epirus and enjoyed economic prosperity and cultural influence.

On account of its exceptional location Parga was always occupied from Mycenian times until it became Greek. Its existence is mentioned for the first time in 1320 during transactions between the Venetians and the Despotate of Romania. The city and its fortress were, at one point, under the protection of the Normans but when they abandoned it, it was subjected to constant raids and had to ask the Venetians for their assistance.

Thus, in 1401 a treaty was signed in Corfu between Baylo Azarino and a delegation of citizens from Parga. This treaty lasted for four hundred years and proved very beneficial. Protected by the Venetians, the city was run by a Patrician Assembly and a governor. In the course of those four centuries the city suffered from many but short periods of upheavals. It was besieged, conquered, looted many times and its fortress destroyed.

1571, the Venetians recaptured Parga and made it into the most important seaport of Epirus. From this date until 1819 the city managed to remain free, grew and became prosperous thanks to its shipping trade in the region and beyond.It still faced Ottoman attacks but they always failed.

1718, with the treaty of Pasarovitz Parga is once more under the protection of the Venetians and became a haven and a supply center for the fugitives of the Greek revolution opposed to the Turkish invaders.This rôle enraged Ali Pasha who tried to conquer the city by all possible means but without success. Later, in 1797 with the treaty of Campo Formio, France, the most powerful country at the time, became the new protector of Parga. When Ali Pasha launched another attack against Parga, the city requested the assistance of the Russian navy and fell under the protection of a Russo-Turkish guard.

1800, a treaty between Russia and Turkey declared the Ionian Islands free and Parga a free state. This treaty was acknowledged by the treaty of Amiens in 1802 as well as by England that guaranteed its validity. In turn, Ali Pasha agreed to sign it provided he was given Parga, a condition that was rejected.

1806, during the Russo-Turkish war he tried to rally the inhabitants by offering them advantageous terms but they refused. He then decided to besiege the city but the treaty of Tilsit which placed the Ionian Islands and Parga under the protection of France thwarted this attempt. He persisted by asking for the consent of the Governor of Corfu, French General Bertiet, who forwarded his request to Napoleon I . The latter's response was negative and is found on a plaque at Mikro Kastra : « Fighting builds a nation ». After the defeat of Napoleon I in Russia, Ali Pasha decided to send his son Muhtar and 6000 Albanians to besiege Haghia which he intended to use as an operations base against Parga. The city was conquered, destroyed and a fortress built on the hills. He now believed he was ready for an attack and besieged Parga by land and sea but the Pargians crushed the invaders and ruined their reputation.

1815, after the abdication of Napoleon I , the French had to give up the Ionian Islands and Epirus but kept Corfu and Ali Pasha pledged his assistance to the English in exchange for Lefkada and Parga. Later in 1816, a treaty is signed between England and Russia granting the possession of the Ionian Islands to England. Ali Pasha then warned the Sultan and the English about the dangers represented by Parga which he accused of being a nest of evildoers.

In May 1817, at Ionnina, a treaty is signed between the English and the Turks: Turkey abandoned its claims over the Ionian Islands and is given Pare. Ali Pasha guaranteed the Pargians' life, safety and property.

When leaving Parga, each Pargian would receive 150 000 pounds in compensation. On April 1, 1819, the Pargians set sail for a new home but the English Governor of Corfu to whom the money was given kept it for himself. « It was a crime to sell the Pargians to the Turks » denounced generals, poets, popular voices and even some English. After the decapitation of Ali Pasha in 1822, a group of 250 Pargians landed at Pagonia and secretly entered Parga without any resistance. The Turks then besieged the city and would have massacred them without the help of 200 Souliotes enabling them to flee to Corfu. The Maniates touched by the desperate struggle of the few remaining Pargians landed at Splantza to join the Souliotes and attack the Turks from the rear but this attempt failed.

1831, Resit Mehmet Pasha invited the Pargians to return home but only about 100 families did.
1847, Parga is sold to Resit Pasha and Rafat Pasha who lease the land at a very high price to the Pargians.
1913, the Turkish Governor of Parga hands the city to Lieutenant Fetsis.
1930, escorted by the entire Greek navy, the holy relics, the remains of the ancestors and the flag leave Corfu to return home.